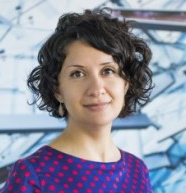 Astghik Mavisakalyan is a Principal Research Fellow at the Bankwest Curtin Economics Centre and oversees the Centre’s Focus on the States report series. Prior to her role at the BCEC, Astghik has held appointments at the Research School of Economics at Australian National University and at the Centre for the Economics of Education and Training at Monash University.

Astghik works in many areas, including cultural economics, political economy, development economics, labour economics, and gender and migration. With support from the Australian Research Council, UNU-WIDER and other sources, Astghik has published extensively through public reports and across academic journals. She has also received several notable awards and Astghik’s research has also appeared in national and international media outlets and has informed public debates.

She is also a member of the Hiroshima Institute of Health Economics Research, Fellow at Global Labour Organisation, an affiliate of two ARC Centres of Excellence and has held visiting positions and fellowships at Leibniz Institute for East and Southeast European Studies (Regensburg), Centre for Labour and Welfare Research (Oslo), Local Government and Public Service Reform Initiative at Open Society Institute (Budapest), and Social Policy Research Centre at UNSW (Sydney).

As a busy working Mum, Astghik also has a good understanding of the challenges faced by many women in juggling and balancing family. career and other responsibilities.

Silvia Salazar is an applied micro-econometric researcher who is particularly specialised in the areas of development economics, gender and ethnic inequality as well as public policy. She obtained her PhD at the Paris School of Economics and she has previously held academic and teaching positions at the University of Paris 1 – Panthéon Sorbonne, the University of Paris 13 and the Dom Bosco Catholic University.​

Her research focuses on the analysis of household well-being and consumption levels. She analyses the factors affecting household welfare such as monetary expenditures and time consumption in leisure activities and domestic production. A large part of this research concentrates on how public policies affect income allocation and time distribution. Silvia also has research experience in income inequalities, gender and Indigenous discrimination in the labour market. The specificity of her work lies in incorporation of the time dimension as well as in the utilisation of original and innovative econometric techniques in the study of well-being and public policies. She has presented her research at numerous international conferences and workshops and she has made key contributed to many key publications including the 'WA Women's Report Card 2019' and 'Green Shoots: Opportunities to grow a sustainable WA economy'.

Sally McMahon is the Chair of the WA Branch of the Women in Economics Network and has over 25 years of experience in the energy and utility sector specialising in economic regulation, competition policy and microeconomic reform. She has an Honours degree in Economics from Flinders University in South Australia and is a graduate of the Australian Institute of Company Director’s Company Directors course. Sally has also held senior and executive roles with economic regulators, government and network businesses in Australia and Canada and advises energy businesses across the energy supply chain on navigating regulation and energy policy to improve performance. Sally is currently Head of Economic Regulation and Energy Policy at Spark Infrastructure, an investment fund with interests in electricity networks in South Australia, Victoria and NSW and renewable generation in NSW. She is also a member of the Electricity Review Board Panel of Experts and the Technical Panel of Experts in relation to the Generator Performance Standards Dispute Resolution Mechanism in the WEM rules in Western Australia and is an alternate director of NSW Electricity Networks Operations (TransGrid). 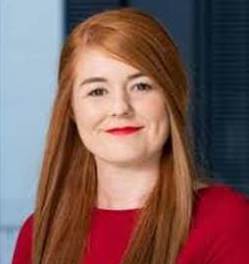 Jennifer Kirk has extensive experience in the federal government, a strong undertstanding of public policy in WA and an extensive network of contacts in government and industry.

Jennifer has led stakeholder and regional engagement on important economic policy reform affecting the WA government and business, including financial system policy reform, the state’s growing LNG industry and tertiary education. In her current role she provides strategic policy advice to the WA Government on the economic development of its key priority sectors.

Melanie Hay has worked in the private equity industry for 15 years and is currently a Partner, Private Equity at Viburnum Funds. Viburnum Funds is a Perth based investment manager, managing funds in private and public equities strategies on behalf of large institutional investors and high net worth family offices. Before joining Viburnum, Melanie was a Senior Investment Manager at ANZ Capital (ANZ Bank’s private equity business).Prior to working in the private equity industry, she held the position of Senior Economist at ANZ Bank and has also previously worked as an Economist at National Australia Bank and the Commonwealth Treasury.

She has a Bachelor of Economics with Honours from University of WA and a Masters of Applied Finance from Macquarie University. Melanie is a Board Member of Contract Resources and MPC Kinetic, both of which are private energy services companies.

She is also a Committee Member of Zonta House, which provides refuge, transitional accommodation and support services to women experiencing family and domestic violence, where she is assisting them in their social impact investment strategy.