End of year wrap up with Cordelia Fine

End of year wrap up with Cordelia Fine 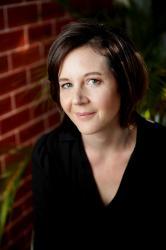 We’ve all heard the myths.

Evolution made men aggressive, risk-taking and promiscuous. Women, meanwhile, became cautious, parenting-focused, and nurturing. It follows that men wind up on boards more often than women do, and that women are over-represented in caring industries.

But are our destinies really determined by our sex or gender? What can science tell us about the source of gender inequality at work and in our homes?

Cordelia is a gender psychologist at Melbourne University. She studied Experimental Psychology at Oxford University, and completed a Ph.D. in Psychology from the University College London. Her book, Testosterone Rex, was awarded the Royal Society science book of the year in 2017 for its ‘cracking’ critique of the myths that sustain assumptions about sexual differences.

Join her and WEN Victoria for a discussion that will examine idea that ‘men are from Mars and women are from Venus’ with an eye for what the evidence actually says about long-held gender stereotypes.

REGISTER NOW VIA THE VICTORIA BRANCH